Sixteen By Nine was engaged by the WA Police & Crime Stoppers WA to assist in the urgent production of  a television commercial for Operation Rodia who were investigating the disappearance of 4 year old girl Cleo Smith from Carnarvon.

The commercial was to seek information from the public and announce the State Government $1 million reward.

Due to the urgency we were briefed at 11am and by 3pm had the commercial produced, CAD approved and despatched to all WA TV networks by 4pm with the first commercials on-air the same day.

Our thanks are extending to our media partners who without hesitation jumped onboard to support this public appeal through air-time at no cost.

The appeal was further expanded the next day with digital media support across news sites and OOH media throughout Western Australia. 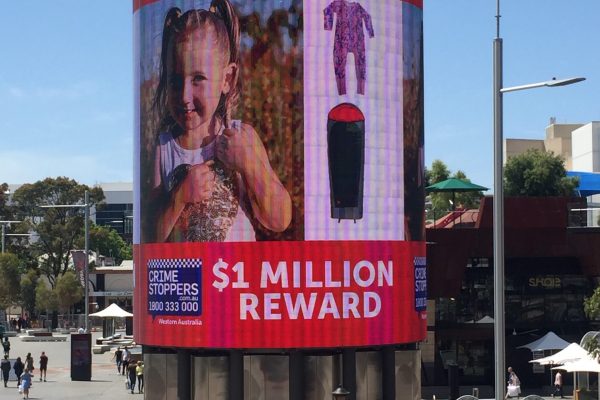 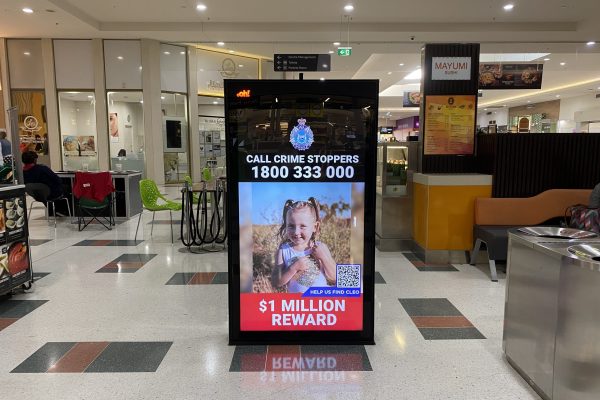 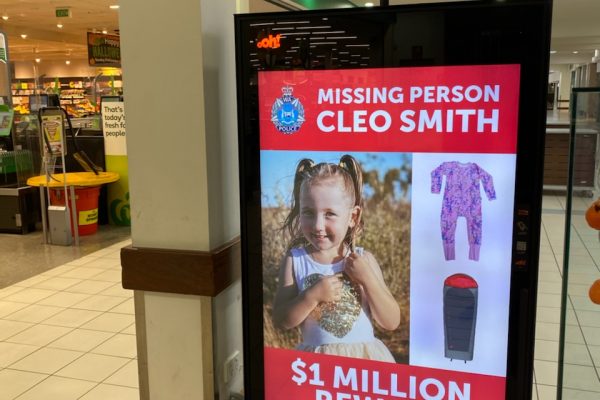 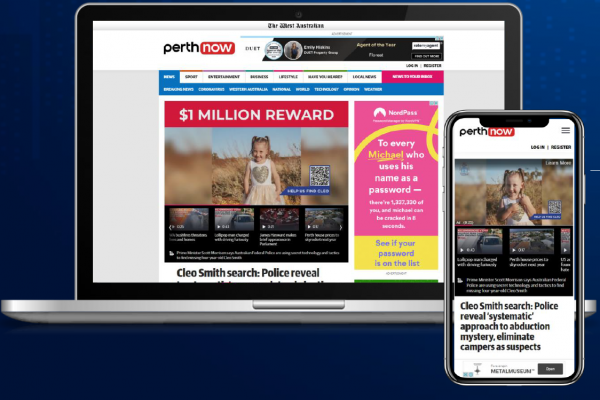